The international renown of Maison Boulard has its origins in the inspiration of one man who defined the secret of an exceptional Calvados. That man was Pierre-Auguste Boulard, the founder of the prestigious Pays d’Auge distillery in 1825. Boulard Family has initiated, in the heart of the Pays d’Auge,
the plantation of 35 000 apple tree, late 70’The very unique and particular ground of Pays d’Auge,
gives us the opportunity to grow a large choice of apple varieties. To produce its Calvados, Boulard selects 120 varieties of apple out of the existing 800.
To give its Calvados the full body of its bouquet, Boulard selects, in highly secret proportions, amongst four major family of cider apples: The bitter, for the structure, the balance and the harmony, the sweet, rich in sugar, the bitter-sweet, rich in tannin and lastly the slightly acid for their freshness.Double distillation consists of two successive heating stages over direct flame: the first gives the « petite eau » and the second, the « bonne chauffe ».

During the second distillation, the distiller will display all his talents in the elimination of the « heads » and « tails » of the distillates, retaining only the « heart », the supreme goal for a top quality Calvados.One-man-band playing a mysterious symphony, the Cellar-Master Boulard tunes the countless aromatic notes contained in oak casks to the Boulard taste tuning fork.
A slow and meticulous maturing process starts in oak casks.
The wood tannins will gradually blend with the fruity aromas of the Calvados, subtly producing its golden and amber colour.
This natural alchemy works its spell, lasting up to 40 years.

The Boulard Cellar Master’s talent does not reside only in the art of ageing his eaux-de-vie. Tending carefully to the latecomers, slowing down the swiftest. He blends, tastes, monitor all his precious « essences » to obtain the perfect harmony which is the signature of Boulard Calvados. Strict selection of apples, meticulous double distillation, long maturing in oak vats and the art of blending… those have been the principles of Maison Boulard since 1825. 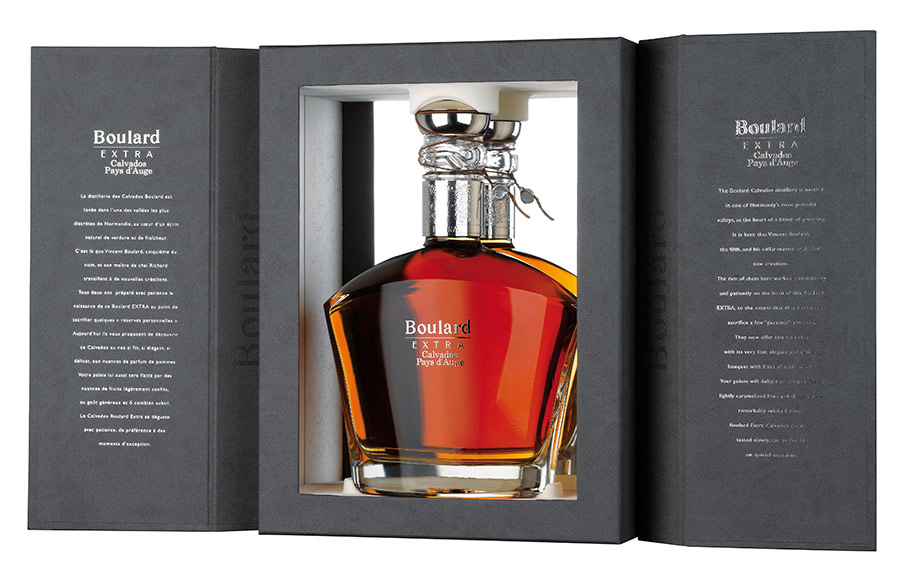 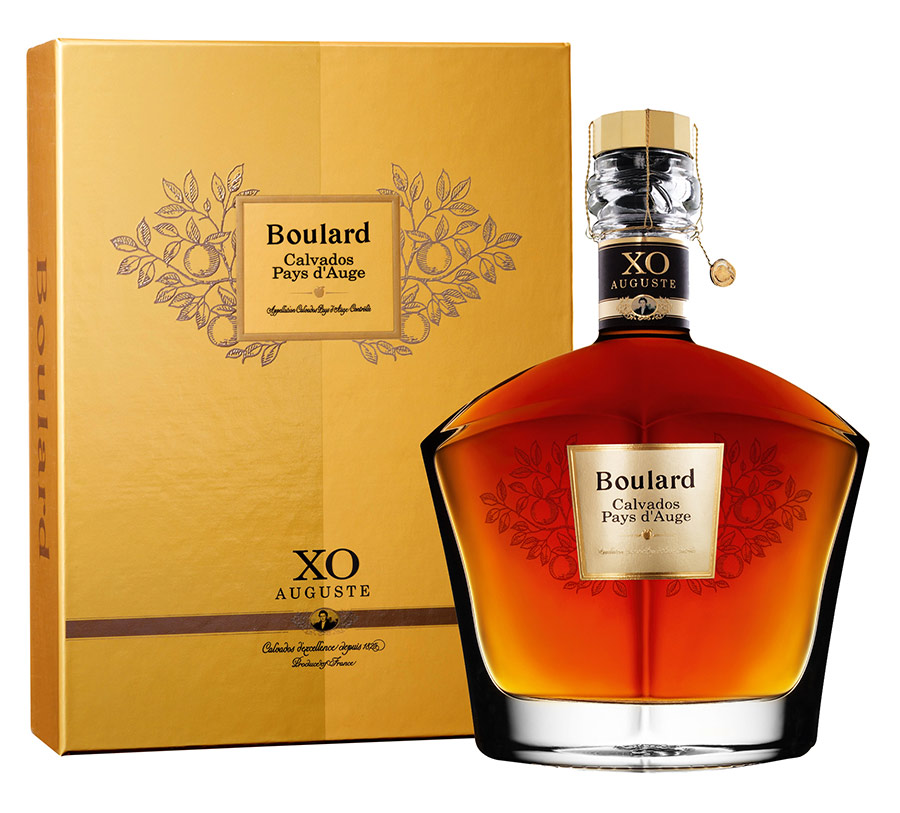