Pink 47 is offered in our unique diamond shaped bottle because it was inspired by the legendary Khavaraya pink diamond. It is a true London Dry Gin flavoured with 12 botanicals from all four corners of the world to produce a unique and complex flavour with a crisp and compelling finish.
Pink 47 has been expertly distilled four times and at 47% ABV it’s perfect to drink with a tonic or as the base for a great cocktail. It’s strong and full flavoured but without a trace of harshness.
This superb gin has won numerous international trophies and awards since it was launched in 2007 and has received critical acclaim.
It has already positioned itself as a force to be reckoned with in the premium gin category of white spirits.

Pink 47 is distilled by the second largest distiller in the UK, which produces a staggering 6.5 million 9L cases of spirit each year. They can trace their roots back 250 years and today specialise in the distillation of traditional London Dry Gin. In 2007 they won no less than 18 awards for this product.

The production of traditional London Gin is one which has its roots firmly imbedded in history and therefore a craft handed down over generations. Whilst the process of distillation is a widely understood one, needless to say the distillation of Pink 47 follows its own production path.

The Pink 47 distillery takes its water from Mid Wales and the River Dee, which rises in the Snowdonia national park. It is rigourously filtered and purified in a manner that preserves its essential character and origin.

The remarkable Pink 47 bottle takes its shape from the legendary Khavaraya Pink Diamond.
The Khavaraya Pink Diamond has been missing for over 400 years and was reputedly shaped “like a sublime teardrop of spiritual joy”. The search for the Khavaraya symbolises our struggle craft a perfect gin with which to make definitive cocktails.
The Khavaraya, has a colourful history but has vanished in modern times. It first enters the historical record in 343 BC as part of the royal treasury of Darius, King of Persia, which passed to Alexander the Great when he conquered that empire but died tragically young. The earliest printed book held in the British Library is a Buddhist text dating from AD 868 known as the Diamond Sutra. It refers to the Khavaraya as a ’diamond that will cut through worldly illusion to illuminate what is real and everlasting’. Many centuries later in 1642 Tavernier, the famous French Jeweller, observed it in the throne of the Mughal emperor Shah Jehan and wrote about it in his journal. There have been many rumours but no confirmed sightings of it since.
Some modern sceptics doubt the Khavaraya ever existed… we say that you have just found it! The spirit of the Khavaraya lives on in Pink 47 London Dry Gin… multifaceted, intriguing and a joy to find. 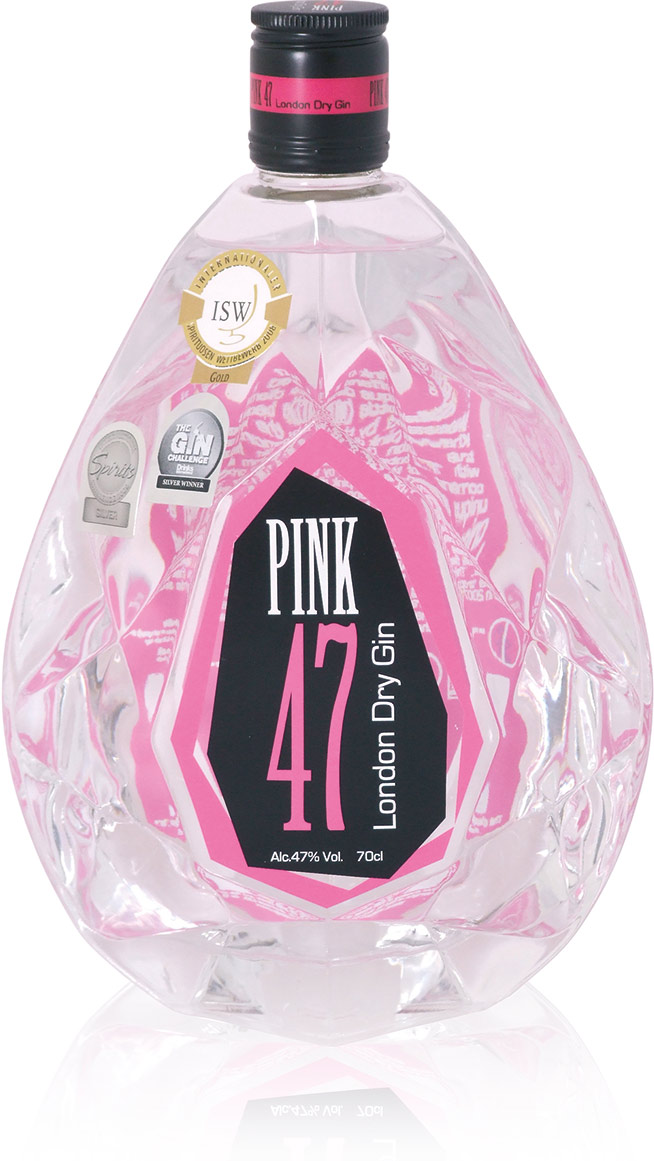